When I think of possibly, maybe having another child, I have flashbacks of being bent in half over the edge of my bathroom sink, head flopped into the sink, double chin smooshed against the cold porcelain, violently puking my brains out… every…freaking…morning.  Nothing helped.  Nothing.  Contrary to what my mother and so many others told me, sometimes I still feel like I’m right there, in the all-white bathroom, violently puking up bright yellow bile. I don’t care what anybody says, you don’t just forget spending almost nine months retching.  You just don’t.

It wasn’t just the retching. Morning sickness was one of the first symptoms to strike me.  Initially, my sleep cycle was totally out of whack as soon as we conceived.  I shit you not.  Within days, I could no longer sleep like a normal, functioning person.  Nope.  I was up every few hours and there was nothing that would help.  I kind of knew I was pregnant because I felt icky right away.  When I tell you, I had every pregnancy symptom, I had EVERY pregnancy symptom…at least I felt like I did. From day one, within the first DAYS of being pregnant, I had symptoms.  In the grand universe, I think my pregnancy would still be considered an easy one, but to me, it was crazy. This is the shortened version:

Immediately, my body felt so different. Horrible sleeping was followed by daily retching.  Soon, I had a freakish increased sense of smell.  My boobs were sore, like used as punching bags sore.  I was exhausted 24/7.  Emotionally, I was all over the place like a nut.  I had a tiny bit of spotting, but then there was something else going on down there most days.  I was peeing a lot right off the bat.  I got weird hormonal headaches and raging lower back pain within weeks.  My stomach was hurting, and for once in my life, I was getting constipated.  Early on, like within three or so weeks of conception, my joints were hurting me like crazy.  My nose was itchy beyond itchy, and I had cramps by my ovaries.

Then the real fun began.  My three-hour blood glucose test showed I had gestational diabetes. Wonderful!  Because it wasn’t hard enough being pregnant. Soon after I started testing my blood sugar like five times a day, I then I started experiencing all-day nausea. I wasn’t just nauseous in the morning any more; it now lasted most of the day.

By the end of the first trimester, I noticed that my legs had turned into an intricate roadmap of varicose veins.  Lovely.   The “HOLY SHIT, I’m so thirsty” stage soon settled in, and I got used to spending most of my time in the bathroom.  This is about when my weird cravings set in.  I was craving food I only had during certain seasons and food I hadn’t even eaten in years.  On the daily, it was like a freaking scavenger hunt to satisfy at least one of my cravings.

I had heartburn before I was pregnant fairly often, so it was no surprised when the flames of hell started climbing up my esophagus every night. Tums provided relief, at least, whereas some of my other symptoms didn’t have any easy fixes and they never ceased.

During month four, I thought I was going out of my mind when I saw white spots, like big fireflies, floating in my eyes.  That was about the time in my pregnancy when my throwing up worsened, and I ended up with broken blood vessels on my face (like little red prick marks) and my eyes were bloodshot…a lot.

Already by month four, I felt like I couldn’t really fit in my clothes. I was a little bloated, but it wasn’t too bad.  Not being able to fit in many of my clothes was accompanied by sharp pains in my crotch.  Of course it was!  Sounds fun, eh?   Soon, I had stabbing pains in my hip, and then the sides of my legs felt as though they were on fire.  Apparently, my gigantic belly herniated some discs in my back and the nerves were pinched.  Nerve pain made parts of my legs and feet feel like they were on fire all the time.  Nerve pain blows.  It really does.  Thankfully, by the time that nerve pain started, it was just about the time I could see the baby move from the outside, so at least I had that as a distraction.

One of the only good symptoms I experienced was that my rough elbows cleared up completely and my hair totally stopped falling out when I brushed it or when I was in the shower some time during the second trimester. My skin felt and looked great, and my hair seemed a little healthier and thicker.  I was no longer pulling small hamster-sized hairballs out of the shower drain.  Yay for me!

The third trimester was my favorite, even though I was HUGE.  I finally stopped retching all the time.  However, I did develop loosey-goosey joints, especially in my hands, and my fingers felt like they were popping out of the joints all the time.  I also got trigger finger on my thumb, and whenever I bent it, it basically dislocated.  That sucked.  You never realize how much you use your thumb until it dislocates every freaking time you try to use it.

And finally, within the joys of the last few weeks… butt pain.  Yes, a literal pain in the butt.  I was plagued by stabbing pains right in the bung hole.  As you could imagine, that was no fun. Then my skin color started to change.  I had patches of dirt-looking dark spots on my face, and my boob parts all got super dark.

More, you say?   I bet ya I have more than you’d expect.  I’ll see your darkened nipple areas, and I’ll raise you a furnace crotch.  My crotch was super sweaty and hot, as though the baby inside was generating heat and my vajajay hole was the furnace vent.  For real.

As I sit here, typing away, I cannot help but think, “Hmmmm, I feel like I’m even forgetting some symptoms!”   Then it dawned on me.  My MEMORY was shot.  Could not, and still can’t, remember shit.

So, you see, it wasn’t until I met another mom and she told me that she had this one symptom (one I had never heard of) where she salivated excessively, to the point of drooling, during most of her pregnancy.  The poor lady looked so shocked when I burst out laughing.

I only laughed because I FINALLY heard about a symptom that I didn’t have. Finally.  For some reason, I felt better after that.  Go figure.

The overall experience is obviously something that I would not trade for the world.  After all, it gave me my little one, the best thing to ever happen to me. 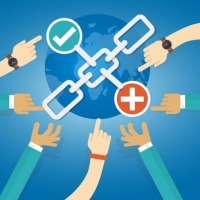 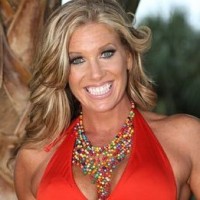 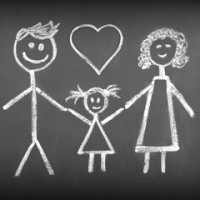